Online and In Person: Addressing Equity at the Middle Leadership Academy

By Dr. Thad Nodine for the CSU Student Success Network

The Middle Leadership Academy, amid a pandemic, supported eight CSU campus teams in developing plans to address equity in 2020-21. During the year, the Academy reconfigured its sessions from longer, in-person events to offer shorter, more frequent online meetings. In both the in-person and virtual formats, the Academy scaffolded supports to build leadership skills among mid-level faculty, staff, and administrators and to help CSU campus teams develop projects to address and support equity on their campus.

The Academy is now accepting applications for campus teams for 2021-22, with virtual meetings planned for late October and early November 2021, and in-person sessions February 24-26 and April 21-23, 2022. Applications are being considered on a rolling basis until the slots are filled. Teams must include representation from academic affairs, student affairs, institutional research, and students. There is no charge for participating in the Academy.

Consistent Experiences Online and In Person 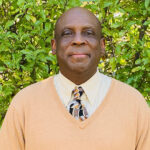 According to Brett Smith, co-director of the Academy and former director of the Undergraduate Advising Center at San Francisco State, the virtual Academy in 2020-21 continued its tradition of “lifting up middle leaders within the framework of addressing racial equity and student success.” The CSU Network, which manages the Academy and other activities, defines middle leaders as faculty, staff, and administrators in the CSU who have leadership roles on campus regardless of whether their position title acknowledges these roles. Smith said that in 2020-21 “each team engaged people from across their campus, and we created an environment online where everyone’s voice is heard.”

The virtual format presented challenges for how to build engagement within and across campus teams. The Academy switched to offering more frequent, shorter meetings, with concise learning outcomes for each component and plenty of break-out discussions. There were new “homework” requirements, including pre-reads and teamwork. The co-directors created and led pre-sessions with each team regarding what to expect at the Academy, so that teams could hit the ground running. In addition, the Academy expanded its mentorship model, through which the more experienced facilitators advise the newer facilitators, to strengthen their hands-on interactions with campus teams.

According to Smith, “We had to think differently this year and use new means to create the same engaging environment of innovation, examining data, and team time that the Academy is known for. People who did not see themselves as decision makers began to see themselves in that role by the end of the year, including thinking about university policy and seeing beyond their own job functions.”

Based on interviews and survey findings, Academy participants, whether experiencing the in-person or the virtual formats, highlighted the importance of both individual growth and relationship-building in developing their campus projects at the Academy. For example, participants from 2018-19 said:

“We were encouraged to stretch our boundaries and we were provided with a tremendous platform to do so.”

“I learned some things that have helped me become a more effective dean and capable to move things in the university that need to be moved.”

The Academy “facilitated the shared ability to do something collectively, instead of bringing your own idea and then trying to defend it or explain it.”

“We had to confer back with leaders on campus … of how we package this program. I think it really did set us up well.”

Participants in 2020-21 provided similar survey feedback about their experiences with the virtual Academy:

“I strengthened my practices of listening and collaborating, especially in allowing space for co-members of my team to step up and lead.”

“I was able to learn about how to network and increase the number of stakeholder[s] in a project. I also learned more about the various ways one can use data, how to read it in different ways, and special considerations when considering data.”

The Academy experience provided “a helpful connection with other campuses, great mini dialogues and an enjoyable experience connecting across divisions on our campus.”

Participating in the Academy helped me in “understanding the process of implementing change, considering strategies, politics, resistance, building collaboration, and finding resources. Having a real project to work on to use all this new knowledge allowed me to put this into practice.”

Across all years, both virtual and in-person, survey respondents consistently said they would like more facilitated time engaging with their own team and interacting with other campus teams.

A Look at the Multi-year Experiences of CSU Fullerton 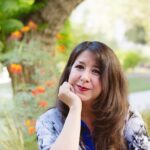 Dr. Catherine Ward, executive director of retention initiatives at CSU Fullerton, participated on a campus team at the Academy for the past three years. The in-person meetings during previous years, she said, had the benefit of providing additional opportunities to connect with colleagues over meals and during breaks, which “strengthened the Academy experience and the feeling that we are part of a larger effort toward a more equitable and inclusive CSU system.”

In describing this year’s experience, however, she said, “The content and activities were equally impactful [online] as when we were in person. Our team worked diligently during the Academy and beyond to consider and discuss how to effectively implement our project. One of the things I loved about the team focus was the opportunity to understand the diverse perspectives of our colleagues, both as individuals and the functional areas of the campus they represented.”

Beyond offering insights regarding in-person and online formats, the 2020-21 Fullerton team also provides a good example of an Academy team that has built from the work of former Fullerton teams and transformed their project objectives, while maintaining a consistent purpose to improve retention and close gaps in student outcomes for underrepresented groups. During the first year, according to Ward, “we committed to understanding all the forms of data that we have as an institution that signal where equity gaps are. We focused on collecting the student data, analyzing it, and creating a narrative of what that data represents not just for students, but also for us as an institution. We needed to understand our part in that story.”

During the second year, she said, the team developed a broad plan for creating a campus-wide environment in which equity is a priority for teaching and learning and all students are supported. In the third year (2020-21), the team focused on developing tools to support faculty members in understanding how their teaching can become more inclusive and achieve more equitable outcomes.

The makeup of the team shifted over the years, Ward said, with several core participants remaining on the team. The campus also created a broader “home team” with additional stakeholders from campus, which the “Academy team” met with regularly, to expand its planning and impacts on campus.

“We’re now part of a larger campus effort,” Ward said. “We have a student success dashboard that provides faculty with the ability to see if outcomes gaps exist in the classes they teach. We’re now seeking to develop resources and tools to provide faculty with practical strategies that they can incorporate into their teaching.”

“The experience has been overwhelmingly positive,” she continued, referring to her own participation in the Academy. “I learned a lot about myself as a leader, especially in the context of striving for and being an advocate of equity, inclusion, and justice in higher education.”

Dr. Bianca Mothé, director of the CSU Network and professor at CSU San Marcos, expressed ambitious hopes for the Academy in supporting campus plans next year. “With the pandemic and the social unrest that occurred over the past year,” she said, “I think that higher education might look different next year, particularly in terms of addressing and supporting equity. In light of that, I’m hoping the Academy can help campuses plan for and reinvent what student success and student support looks like.” 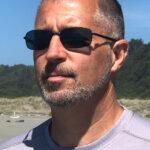 According to Dr. Rock Braithwaite, Academy co-director and professor at Humboldt State, the Academy is addressing feedback from participants, facilitators, and resource partners to build on and improve the programming from 2020-21. As part of this process, the Academy team plans to preserve several innovations from this year’s virtual events, including the new pre-sessions and the mentorship model for facilitators.

According to Braithwaite, “We were very successful online this year in providing space and time—in an engaging, structured environment—for teams to work with and learn from each other on their own campuses and across campuses. I’m sure that participants would have benefited from the team building that in-person events offer, but we maintained the essence of what the Academy is about during a difficult year. Next year, we’re building on that to support middle leaders online and in-person.”

The Academy is accepting applications from campus teams on a rolling basis for 2021-22 until capacity is reached. The Network is facilitated by EdInsights at Sacramento State.